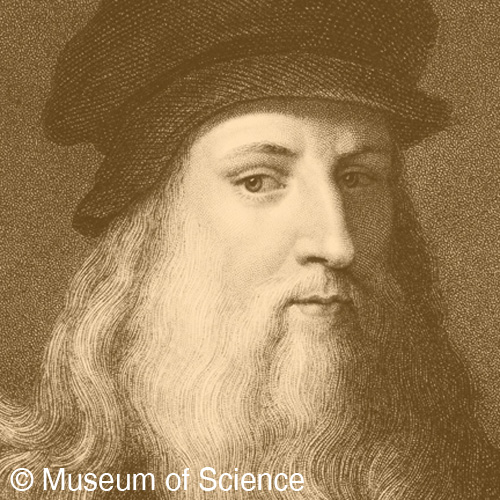 Leonardo da Vinci died 500 years ago, in 1519. He was arguably the greatest polymath who ever lived, and it’s held that composing was one his talents, though none of his purported works have survived. To ’picture’ what might have been on that score, today we visit the lives and works of five European composers who were contemporaneous with da Vinci. Their music coincides with the period of the High Renaissance (from the early 1490s to 1527); during this period, da Vinci was one of its most towering artistic figures.

First, we turn to music from the Spanish Court and the composer Juan de Anchieta (1462-1523). Before the end of the 15th century, Spanish rulers had looked for musicians who were based in France, Flanders or Italy, but the Catholic court, under Ferdinand and Isabella, engaged only Spanish musicians for their orchestra. Above all it was Ferdinand who, after the death of Isabella in 1504, invited the best Castilian musicians to his court and founded the royal chapel, one of the largest in Europe, with 46 musicians. 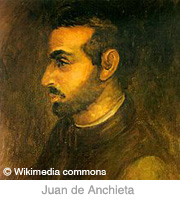 Anchieta was among the leading Spanish composers of sacred music of his time and his writing was largely designed for the ample resources of that court chapel. In 1489, Anchieta had been appointed as a singer in the Court Chapel of Queen Isabella; in 1495 he became maestro di capilla to the Prince Don Juan; after the death of the Prince in 1497 he returned to the service of the Queen and, following her death in 1504, he served her heir, Joanna the Mad, until her abdication. On that frantic and sobering thought let’s hear the Agnus Dei from Anchieta’s Missa Sine Nomine.

Before we leave Spain, here’s a more lively piece by Juan del Encina (1468-1530), who was a playwright and a poet as well as a composer. His Levanta, Pascual (Up, Pascual, up) tells of the excitement at the news in 1492 that Granada had been taken from the armies of the Muslim Emirate by Ferdinand and Isabella. Here’s a translation of the song’s final stanza:

To conquer with such a victory,
our royal masters,
we shall give thanks and praise
to the eternal King of Glory,
that the memory of this
act of our kings remain praised
for ever: for they say it is taken. 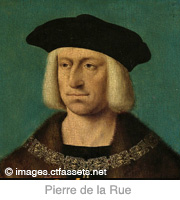 Next, to the Franco-Flemish composer Pierre de la Rue (c. 1452-1518) who lived in the region equivalent to modern-day Belgium. He was employed by the Grande chapelle, the musical establishment of the Burgundian-Habsburg court which was one of great stature, on a par with the Papal Chapel in Rome. He also had two spells in Spain, where, like Anchieta, he was employed by Joanna the Mad after being shipwrecked en route in the English Channel, requiring him to spend several months at the court of England’s Henry VII.

To demonstrate de la Rue’s soundworld I’ve chosen the Introitus from his Missa pro fidelibus defunctis (Mass for the faithful departed) and a performance by Die Singphoniker, a German male classical vocal ensemble. The group gives an indication of the music from the inside out, so to speak:

“We were supposed to learn de la Rue’s Missa pro fidelibus defunctis for a concert. We had barely heard of the composition or the composer before. Always curious about unfamiliar material, we set to work. We had never come across a piece with such a low register before. The deepest bass reaches down to contra B-flat. The ‘second lowest’ bass should still be able to reach the great C.

“The editors pointed out that this deep register was widespread in the region at that time … rhythmically there are sections that seem unfamiliar to the majority of today’s musicians and are only used widely again in new music. The simultaneous overlapping of various types of beat, for example, was very common at that time.”

Listen out for those profound tones in the Introitus from the Mass. 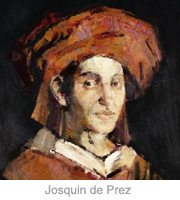 Still in the same geographical area, we come to the name of Josquin des Prez. You will find differing versions of the ’des Prez’ part of his name; a query over the date of his death, 1521?; and total confusion over exactly when and where he was born. But it’s clear that he occupied a leading position in the music of his generation. He represents the dominance of composers from Northern France and the Netherlands in this period, a school of music sometimes known as the Netherlands School but influential throughout the Habsburg domains. Josquin was employed variously in Milan, at the papal chapel in Rome, by King Louis XII of France, at the court of the d’Estes in Ferrara and finally in his native region of Condé. His music is admired for its sophisticated handling of polyphonic textures and for its control of tension and subsequent resolution, qualities that can both be appreciated in his motet Absalon fili mi. 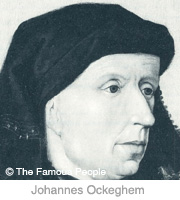 Finally we visit a unique songbook and a remarkable composer, Johannes Ockeghem. He also has a question mark against his date of birth, but many sources have him living to the ripe old age of 87, until his death in 1497. He was another member of the dominant Franco-Flemish school of composers whose influence pervaded the rest of Europe in the second half of the 15th century. He was in the service of the Dukes of Burgundy and from 1452 came to occupy a position of importance at the French court, holding various church benefices and serving as a diplomat. Despite his lengthy career, his output wasn’t particularly large, comprising only 13 masses and a series of secular chansons, one of which we’ll return to in a moment. 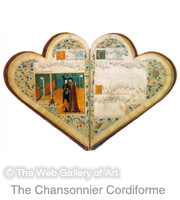 The unique songbook I referred to is the Chansonnier Cordiforme, which was probably copied in 1475 for a roguish but musically cultivated priest named Jean de Montchenu—a contemporary chronicler called him “dissolute and full of all the vices”. The beautiful manuscript containing 43 songs is, uniquely, heart-shaped and covered in velvet, its outer beauty matched by that of its varied contents. We’ll hear two pieces from the collection with a similar title. First, an anonymous instrumental work: Ma bouche plaint les pleurs de ma pensee (My mouth laments the tears of my thoughts). 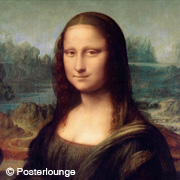 And our final piece is Ockeghem’s Ma bouche rit et ma pensee pleure (My mouth laughs and my mind weeps), the equivocal expression of the opening text evoking a parallel, perhaps, with the smile of Leonardo da Vinci’s most famous, enigmatic portrait.